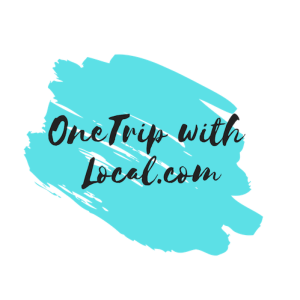 Hi, I am Dawn, let me hold your hand and take you to the land of happiness !!!
Have you ever heard of that saying “A blessing in disguise”?
If you have, do you believe it?
Someone says “yes”, but others say “no”
For me, I definitely agree with that proverb, why? Let me prove it !!

This was the second week of my tour guide life.

This was also the first time I took the paid tour – street food tour.

In that morning, I got the message from my tour operator – Miss Summer, she gave me a French Quarter tour starting at 2 pm.

At 1 pm, I got on the bus, heading to Hoa Lo prison – the first stop of the French Quarter walking tour. On bus, I  checked Onetrip with local group chat on Facebook and saw one message from Mr. Cong which was that there was one paid street food tour but there was no guide for the paid tour available and he was looking for a guide for the evening paid food tour from the newbies. Without the second thought, I seized this opportunity with a strong belief in myself that I can do it 😊))))) But then, I gradually dived in the pessimistic thoughts of my mental block for the route, lack of experience for paid tour, high expectation from the tourists bla bla bla….. I was really nervous and didn’t know what to do because I cannot cancel it huhuhuhuu.

The French Quarter walking tour started at 2 pm and as usual, It should have been finished at 4:30 pm. However, because of my silliness and craziness, It ended at 5:30 ( the reason was I forgot the way and we went exactly 1 more circle around the Sword lake ).

At 5:30 pm, I rushed to La Siesta hotel to pick up my guests. I run as fast as I can in fear that I would be late ( which was terrible). Fortunately, I was ahead of time 15 minutes ( it’s enough for me to take a rest after a long running). However, I seemingly missed something, OMG, I forgot buying sticky rice. Once again, I went directly to Yen stick rice restaurant to buy this dish. On the way back to the hotel, it rained ☹(((, although it rained lightly, It’s enough to make me wet ☹((. I thought today was such a terrible day…

It’s 6 pm when I was back to the hotel. I texted for my guests: “Hi Claudius, I am at the front door now, I am a petite girl in yellow”. Some minutes later, there was a lovely couple who went towards me with a friendly smile, and simultaneously asked me: “hi, are you Dawn ?”. I replied: “Yes, I am, nice to meet you”. We kinda had a small talk to get to know more about each other, at that time, I gave them sticky rice as the first appetizer to clean the palate. It stopped raining and we started our food tour journey. Chitchatting with them, I found that they are a very lovely, friendly and knowledgeable couple. Huhuhu anyway, God bless me.

On Ta Hien street, we talked about beer and liquor, they claimed that they are kind of alcohol people, I smiled and said this street was born for them.

The next event would be the most embarrassing one that I would never ever forget: v

As usual, we went through 96 Hang Buon alleyway, but what a shame !!! I took them to 92 Hang Buom and at that time I didn’t know that I was lost:v. I took them inside, told them everything like this alleyway was one of the very few alleyways in Hanoi which could connect 2 streets, it was dark, small and it refected the real life of Hanoian which was poor and hard … blab la and bla like I knew everything on earth about this shortcut. I kept going but OMG It’s an impasse. I got lost, it wasn’t that alleyway. I am at loss, my face turned red and we googled others with 6 eyes and laughed.

Haizzz, gaining back the spirit, I continued taking them to the real 96 Hang Buom alleyway and informing more about this alleyway which was called collective community, the residents in there had to share with each other the space for daily activities. It’s very stuffy and small. Bla blab la…We made a joke that this shortcut was very long hihihi :p. It’s completely dark at that time, I asked them: “Do you believe in ghosts?” – “OMG, don’t mention ghosts, I’m scared,” the man said. Seeing his miserable face at the time, I and his wife burst into laughs.

Later on, we reached Thanh Ha temple, I gave them some information about Buddhism, altar, alphabet’s advent and blab la, and they also challenged me so much by asking some questions about Vietnamese religions and special occasions. Anyway, I was very proud of myself because I could manage to answer all.

Our first eating stop is O Mai Hang Duong, I welcomed them to try the mango, young lime, Sapa apricot and didn’t forget to buy them a little as Mr. Cong told.

Next, we went to Banh Mi 25. Going to the 2nd floor, they were blown away by this comfortable, serene and peaceful atmosphere which was opposite to the outside. They ordered 2 banh mi and exclaimed that Vietnamese sandwiches were very delicious and then they understood the reason why in Hanoi McDonald’s couldn’t succeed :p.

It rained again when we were eating, so we decided to wait for the rain stopped. We discussed everthing. We talked about the politics of Germany and Vietnam, the effective way to learn English, the future plans,…

After 15 mins, there was no evidence that it would stop raining, but we must go because of time. I took the umbrella from my tiny bag, and they said funnily: “ everything was in that little bag”. We laughed. There was only one umbrella and we are closer. They said I was such a sweet girl and they liked me so much.

Beef salad noodle was our next dish. While eating, I told them the Yin and Yang theory and how Chinese culture influenced Vietnam and they also gave me the Germain eating institutions. We were very happy. We also talked about tropical ingredients. They liked the incredible soup of the dish so much and asked me how to make it. I laughed and whispered: “If I knew, I could open the restaurant instead of being a tour guide”. We laughed loudly :p.

On the way to Bun Cha – grill pork with vermicelli rice noodle, I gave them an excersice which was to compare the differences between Vietnamese Southern cuisine and the North one. They took the challenge enthusiastically.

Their answer to the following question is exactly true. They said the Southern food was sweeter; meanwhile, the Northern one was more sophisticated. I exclaimed how intelligent they were.

In Hoa Beo dessert restaurant, I highly recommended the red sticky rice with yogurt and Matcha bingsu. They ate eagerly and like this refreshing dessert so much. They told me that everything today was perfect, it came up to and even went beyond their expectations, which made me really really happy.

Our last stop this day was Egg coffee, I took them to the second floor of Dinh coffee and they told me that:” is that everything wonderful in Hanoi lies in hidden alleyway?”. I smiled and said: “absolutely”.

In Dinh coffee shop, I told them the story behind this kinda wonderful drink. They were really surprised because it seemed to be the fact that almost all food and drink in Vietnam contained a legend.  They tasted it and recommend that it should be dessert instead of a drink. Anyway, it was their cup of tea and they wanted me to send them the address of this coffee shop and they would come back tomorrow.

We finished our 3 hours and a half food tour at 9:30 pm. We thanked each other for the wonderful time together and they said they were 100% content with the tour today, it came higher than their expectation.

Some days later, I got a message from them, they said they left Vietnam already and thanked me for the best ever time in Hanoi. And they didn’t forget to give me the five-star review on Tripadvisor. It’s also my first review in my tour guide’s life.

It is such a memorable experience that I will have never forgotten.

Thank Onetrip with local so much for giving me the golden opportunity to become more confident and have enthusiastic tours.

Hanoi and its surrounding areas have more than one thousand craft villages that have existed for centuries.  If you leave the hectic